Few Canadian artists have as distinguished a career as John Weldon. Weldon is best-known as the animator and director of Log Driver’s Waltz, one of the all-time most popular Canadian animated films.  This was just one highlight in a long and illustrious career that has ranged from winning the Academy Award for Best Animated Short Film in 1979 with Special Delivery, and a Palm d’Or nomination for To Be at Cannes in 1990, to having Frank the Wrabbit denounced on the Reform Party’s “Waste of Public Money” list. Weldon’s films champion the overlooked and downtrodden and critique media conventions – particular those of commercial animation – all done in a dryly and darkly self-deprecating manner. Even when embracing new animation technologies, Weldon subverts them with a decidedly hand-made look. Wryly intelligent, his films remain accessible and popular with audiences of any age. The Ottawa International Animation Festival presents a retrospective tribute to the multi-talented Weldon – animator, cartoonist, screenwriter, composer, director and humourist. (Mark Langer)

Amy Kravitz’s reputation as an inspiring, compassionate and influential teacher has perhaps led some to forget that she’s also a hell of an animation artist. The oeuvre-to-date of our 2022 Honorary President is a small but mighty tribute to the power of paper, composed of films which show what a skilled hand can do with simple black and white dry media and a fibrous surface. Her three early works, The River Lethe (1985), The Trap (1988) and Roost (1998), are each in concept an experiential impression of her inspiration, and in substance a love letter to the richness of texture, fusing a bright, full-value grayscale image with an enriching and informative soundtrack. Her newest film, The Hour Coat (2022), is a triumphant return to filmmaking after a busy absence spent focusing on family and teaching, easily echoing the tone of her earlier work without missing a beat.  (Keltie Duncan)

All Alone Except for Everyone: The Films of Jonni Phillips

California-based animator Jonni Phillips has amassed a devoted online following for her introspective and deeply funny films. In a loose style that combines drawing, paper cutouts, and digital techniques, Jonni explores the banal and profound experiences that make up everyday life. We follow her characters as they lose and find themselves in monotonous day jobs, foreign places, and new relationships. Tying all of these stories together is an understated sense of humor that riffs on the (dis)comfort of coming into one’s own.
Phillips’ titles include The Final Exit of the Disciples of Ascensia, Goodbye Forever Party, Secrets and Lies in a Town of Sinners, and her most recent feature, Barber Westchester. Keep an eye out for her revolving cast of guest animators, voice actors and musicians. It’s this collaborative spirit along with her distinct mix of sincerity and silliness that makes Jonni Phillips a must-know emerging creator in the world of independent animation. (Ben Compton) 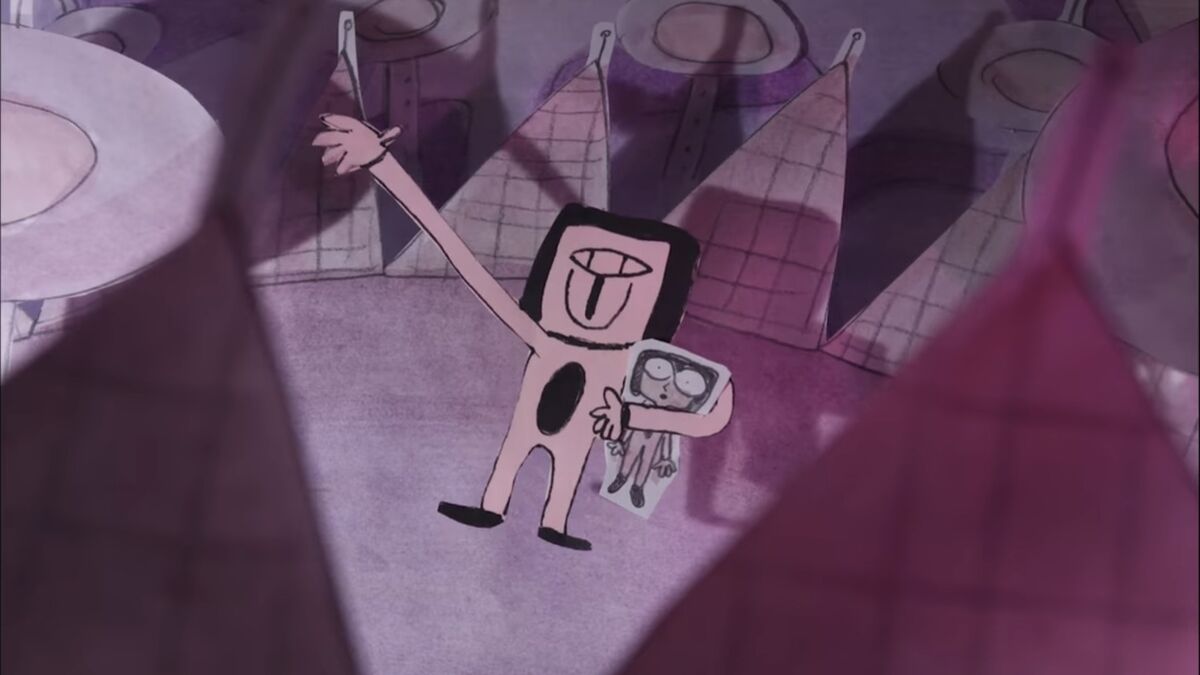 I Forgot to Remember to Forget: The Films of Marko Tadic

All memory is fiction. Fiction is a second rendering of a (possible) event. Then there’s photos and home movies. Sometimes I think my memories of a past moment are really just acquired from a photograph or home movie. I’ve confused them. Does it matter if my memory of myself is wrong? If I can imagine it, if I can dream it, isn’t it real?
That’s sort of the vibe going on throughout the work of Croatian animator/artist, Marko Tadic. Shuffling documentary, animation, history and science-fiction, his films look to the past, but not necessarily a past that existed. In his films, he imagines utopia, a world with two moons, an unhappy immortal. There is a sense of loss, a ghostly vibe throughout yet frequently Tadic seems to be toying with us cause the loss isn’t necessarily real, only imagined. (Chris Robinson)

In recent years, Chilean animation has demonstrated a notorious tendency toward transcendental themes in human, political, and reflective themes through aesthetic experimentation that is leaving a distinctive stamp marked by history. From the importance of materiality to new narrative approaches with more philosophical than moral foundations, Chilean animation is spontaneously breaking down the boundaries between the visual arts and animated film, placing these disciplines at the service of the questions that keep us alert in a world where chaos is constantly bursting into our lives. (Hugo Covarrubias)

Theodore Ushev, the auteur behind world-renowned animated shorts such as Tower Bawher, Gloria Victoria, Oscar®-nominated Blind Vaysha and his masterful The Physics of Sorrow, reveals his inner universe, formed by a half-century of personal experience acquired in a constantly changing world.

In this feature documentary by Borislav Kolev, Ushev reminisces about the “unseen connections” in his life—biographical and historical, cultural and subcultural. Connections that shaped him as a person and an artist.

Constantly interlacing a so-called “objective” reality and the parallel reality constructed by Ushev in his films and conceptual visual works, Theodore Ushev: Unseen Connections sends viewers on a trip through time and space. They witness a variety of past events, ranging from the funny and the sad to the downright absurd. And they learn much about the artist and his world. 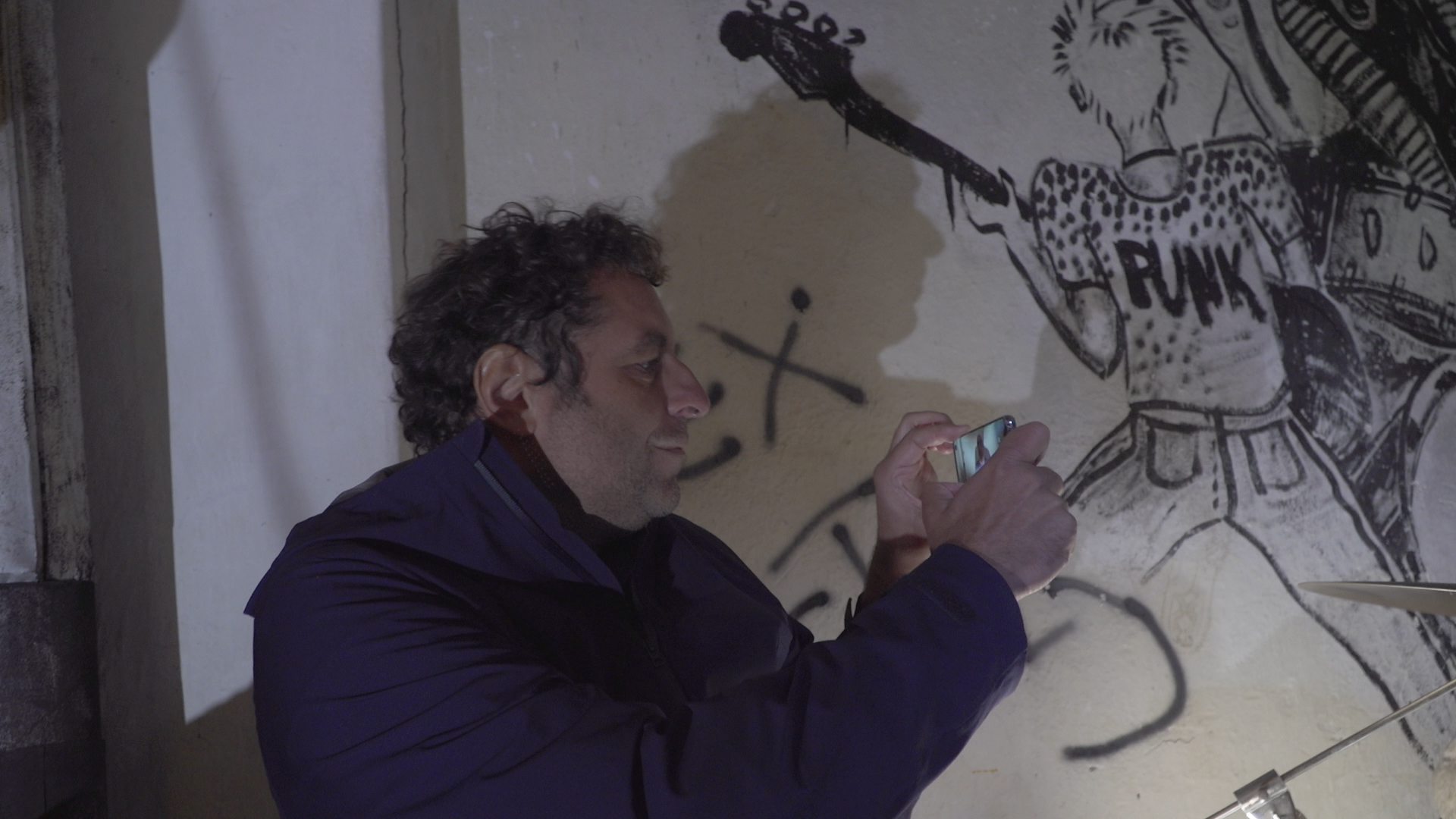